We manufacture a top-quality air shower tunnel and offer them at a reasonable price. Zonsteel serves customers with excellent responsiveness. Product quality and professional services are guaranteed if you choose Zonsteel. We aim to be your responsible air shower tunnel partners! 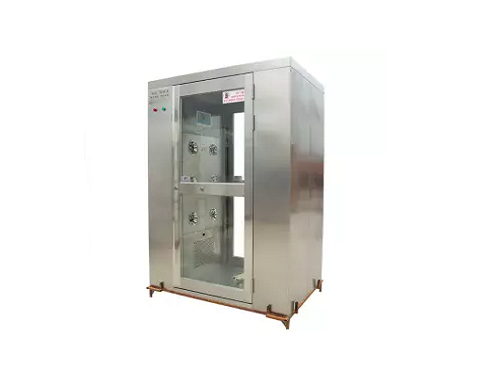 The double door air shower tunnel has a great capacity to remove dust, dirt, toxins, and any staff particles. 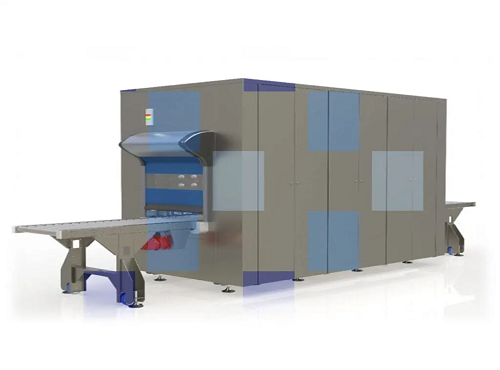 An air shower tunnel for a cleanroom is a partial purification device that enhances the cleanliness and blowing condition. 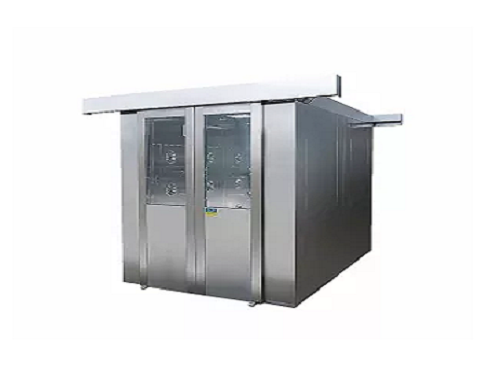 The sliding door air shower tunnel exists to reduce a large number of toxins and any unwanted substances. 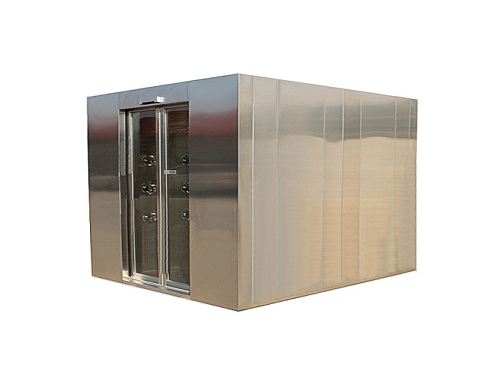 The stainless steel air shower tunnel is a durable and long-lasting device. The dimension is W1700 X D2000 X H2180. 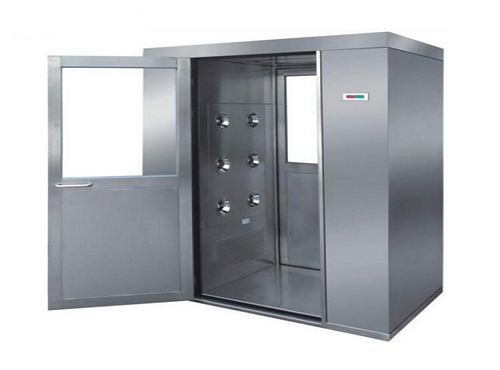 This is perfect for industrial applications that genuinely meet high standards. They are cost-effective and reliable. 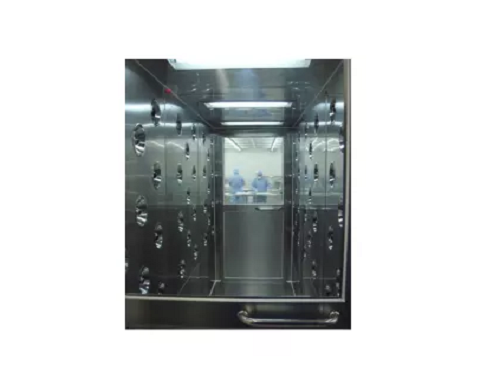 The air shower blowing tunnel specializes in entryways of controlled environments. It can handle airflow with high pressure. 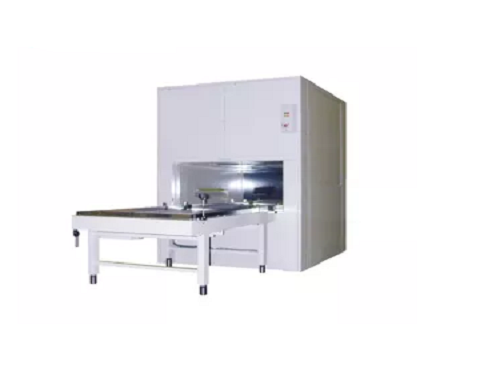 The tunnel conveyor air shower is suitable for dust-free coating applications. They have standard external and internal sizes. 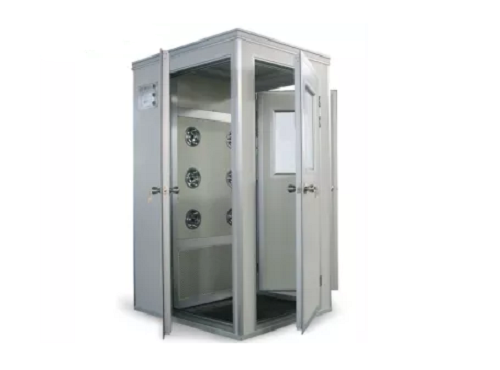 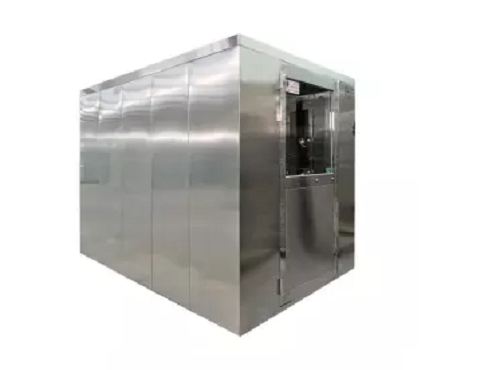 The tunnel for cargo cleanroom air showers offers a convenient solution. They are applicable for cleaning products and components. 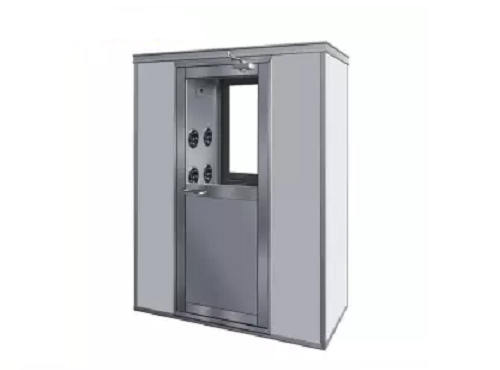 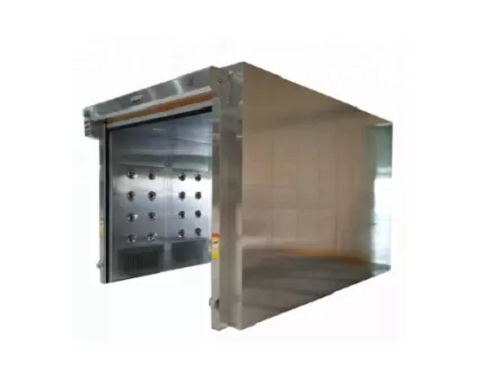 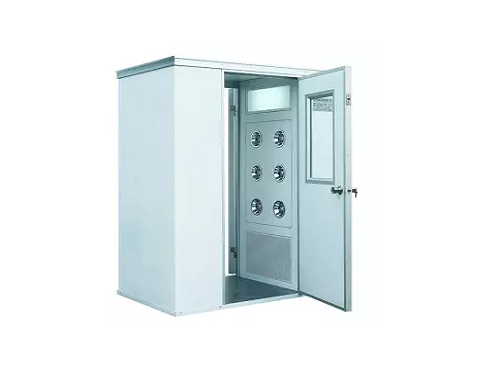 The portable air shower tunnel is very convenient and easy to carry. You are capable of relocating them when required.

If you have an urgent order for an air shower tunnel, we have the full capacity to support that. We have a large stock of our products. Zonsteel offers 24 hours online support to accommodate your inquiries which means you can contact and reach us anytime—looking for an on-time supplier? Zonsteel is the perfect solution for you. Choose us!

Zonsteel air shower tunnel Air Shower is an important verse for a person to infiltrate a cleanroom. The air shower tunnel aims to lessen the number of unwanted contaminants and carry out the workstation’s cleanliness standard.

Zonsteel air shower tunnel blowing automatically. Most of the air shower tunnels consist of premium and superior stainless steel materials. This equipment is applicable in various applications like the hotel, home uses, offices, and farms.

All personnel and materials that pass through the air shower tunnel are indeed free-dust. Having an air shower tunnel will reduce and can avoid exposing the contaminants in the clean areas. It can customize any design according to your needs.

Zonsteel is a high-tech air shower tunnel manufacturer and provider. We have a deep understanding and full capabilities to produce a high-end airs shower tunnel. If you are seeking a functional and high-performance air shower tunnel, Zonsteel will be your solid solution.

Whenever you need a trustworthy air shower tunnel for your business, Zonsteel will provide your need immediately!

For more information, please always feel free to contact us through email!

In this article, you will know the uses, features, and applications of air shower tunnels. You will also learn its industry standards.

What is Air Shower Tunnel?

An air shower tunnel is a protected passageway. It allows large personnel quantity to pass in the controlled areas. Furthermore, the air shower tunnel can remove contamination, thanks to its CLASS 100 sterile flowing air. It can be done even the individuals walk or stand in through a constructed air chamber.

What Are the Uses of Air Shower Tunnel?

The air shower tunnels are designed for downflow booths. It can remove rough contamination from personnel who enters the sterile rooms and clean rooms.

In addition, an air shower tunnel is a style of essential floor plan combination. It can be placed end-to-end or side-by-side.

What is the Industry Standard of Air Shower Tunnel?

What is the Application of Air Shower Tunnel?

The air shower tunnel is applicable in many different applications, including:

For construction areas or manufacturing facilities, air shower tunnels can be placed at the exit. Such industry has excessive organic dust or hazardous metallic-like asbestos, silica, lead, and wood dust. For that reason, an air shower tunnel must use to protect the equipment or personnel from microscopic particles.

What are the Features and Benefits of Air Shower Tunnel?

The air shower tunnels have a motion sensor that is located on the chamber ceiling. The lights are automatically turned off when there’s personnel entering the shower.

The air shower tunnel can remove 99.9% of small particles (0.3microns) through HEPA filters.

LED lighting can provide outstanding power savings and visibility. The lights can be automatically set to ON/OFF or controlled via the touchscreen.

This feature can avoid the accident of opening air shower doors. Thus, the external environment and cleanroom can prevent cross-contamination.

It can release the doors and shut down the air shower immediately when depressed. For the safety of the operators, the door will release during a power outage.

The air shower nozzles can be adjustable on the ceilings or walls. It can provide multi-directional high-velocity flow. Additionally, it can remove particles from parts and personnel surfaces before entering the cleanroom.

It can control exit/entrance delay times and cycle durations. The settings can be adjustable as well as the LED lighting mode: ALWAYS OFF or ALWAYS ON.

Air Shower Tunnel – How it Works?

The air shower tunnel is composed of single modules. The modules can be set in either pairs or rows, depending on their sizes.

The air shower tunnels integrate the existing cleanroom system easily. Their width and length can raise a 600mm floor grid and adapt to the filter ceiling.

Air shower tunnel also comes with safety glass door standards. Also, it has air coolers. The air coolers can compensate for heat in the fan.

What is Air Shower Tunnel Made Of?

The air shower tunnels are made up of stainless steel or powder-coated steel.

What are the Standard Features of Air Shower Tunnel?

What Are the Accessories Suitable for My Air Shower Tunnel?

The cleanroom air curtains can provide a ULPA-filtered air shower in blade-shaped. It can remove any particles from people who enter the cleanroom.

The stainless-steel air shower nozzles made from stainless steel can be adjustable. Also, it minimizes particle shedding and can withstand frequent sterilizing. The air shower nozzles have recessed designs to protect them from collisions. And, it offers inside air shower clearance. It also has a protruding design with greater adjustability and a smaller footprint.

What is Air Shower and Its Type?

The design of an air shower, such as a tunnel and chamber, features uniform space nozzles. It can supply 41 m/s or 8,000 ft/min velocity of ISO 5-rated airflow.

There are also floor-mounted and wall-mounted air shower pass-through chambers. It can move the dirty side of parts, equipment, and materials to the clean side.

The pass-through chamber air shower allows the personnel and workers to reduce apparel costs and time. It makes their garments easy to move into the critical area.

Who Will Use Air Shower Tunnel?

An air shower tunnel is not always necessary required. However, most industries should have strict sanitary environment requirements.

For that reason, an air shower tunnel is necessary for a particular industry. It is to maintain a high level of cleanliness requirements. Whatever enters the room should be particle-free.

Pharmaceutical companies produce and develop medications and drugs. That’s why they required a high level of cleanliness standards. For example, when operating with lab animals, using an air shower can limit the allergens when leaving controlled space.

Many other industries also require technical standards and use cleanrooms. Companies like Biotech develop new technology, so they use aseptic cleanrooms to research cellular and biomolecular processes. For that reason, the optical equipment must be free of contaminants, especially during complex optoelectronic device production.

Additionally, gene therapy and cell transplant are surgical procedures performed by medical facilities in a cleanroom. It is risky for doctors to decontaminate before entering a clean environment.

What Are the Available Configurations and Designs for Air Shower Tunnel?

Many manufacturers produce air shower tunnel compliance with industry standards and configurations. Plus, they have limitless options for customizing a product for any application.

The two-door straight standard is the most economical and popular air shower tunnel design. It has a blower module, which is mounted on the enclosure top.

Here are the lists of typical configurations for air shower tunnels.

What Are the Benefits of ETL-Listed or UL-Listed Air Shower Tunnels?

The air shower tunnels are ETL and UL-listed for third-party safety certification. The UL and ETL lists exceed permitting requirements. It may apply to ensure the integrity and safety of electrical components with high voltage.

How to Ship Air Shower Tunnel?

There are two options for shipping air shower tunnel:

Yes. Most manufacturers produce air shower tunnels with PLC that are easy to use and fully customizable.

What is the Purpose of PLC in Air Shower Tunnel?

The PLC is a programmed microprocessor control and has the ability to:

When Do I Need to Replace Air Shower HEPA Filter?

HEPA filters need to replace every 2-3 years under average conditions. It can prevent unexpected maintenance delays.

Below are the symptoms when the HEPA filter needs to replace. Take note: An air shower tunnel uses one blower for each HEPA filter. The more extensive air showers use various HEPA filters per blower.

The control panel can alarm and count filter backpressure to replace the filters. The control panel also has run-time features. It allows the personnel or workers to record the elapsed operation cycle and time of air shower. It can help the setting to maintain the protocol of filter replacement.

Lastly, monitoring air velocity by using an air velocity meter is highly recommended. The average air velocity should be 8,000 FPM and measured per air nozzle. When it drops to 80% below the preliminary value, it is a sign that the HEPA filter nearly ends its service life. It is time to replace it.

What is the Velocity Air Flow in Air Shower Tunnel?

When the cycle of air shower pressurized, commences air streams from nozzles at 8,000 feet/minute velocity. It can ensure efficient scrubbing action for effectively removing particulate matter.

How Can I Rate the Efficacy of Air Shower?

The efficacy of an air shower tunnel can be rated by calculating the airflow velocity per nozzle. The nozzles provide airflow above 8,000 feet/minute. If the calculated speed is below 8000 feet/minute, check the HEPA filter. Maybe it needs to be replaced.

How Effective is Air Shower Tunnel in Contamination Control Process?

What is the Proper Design Feature of Air Shower?

The guiding premise like filtration must not overlook the design of the air shower. The air shower must follow the primary filtering concept and transfer air. The use of ULPA filtration, which is 99.9% smaller than 0.12 microns, is highly recommended.

During the rotating method, it can ensure agitated garments during air showering act. As a result, it can create a pulsating effect. Additionally, the nozzles should have a diameter of at least ¾ inches to 11/2 inches. It can be distributed within the ceilings and walls of the air shower.

6,000 – 7,000 FPM is a required minimum airflow. It is equivalent to 60-90 mph, which ensures enough air turbulent to dislodge particulate surface.

Cycle time is considered a critical characteristic of air shower to be effective. It should have at least 20 seconds for proper contamination removal.